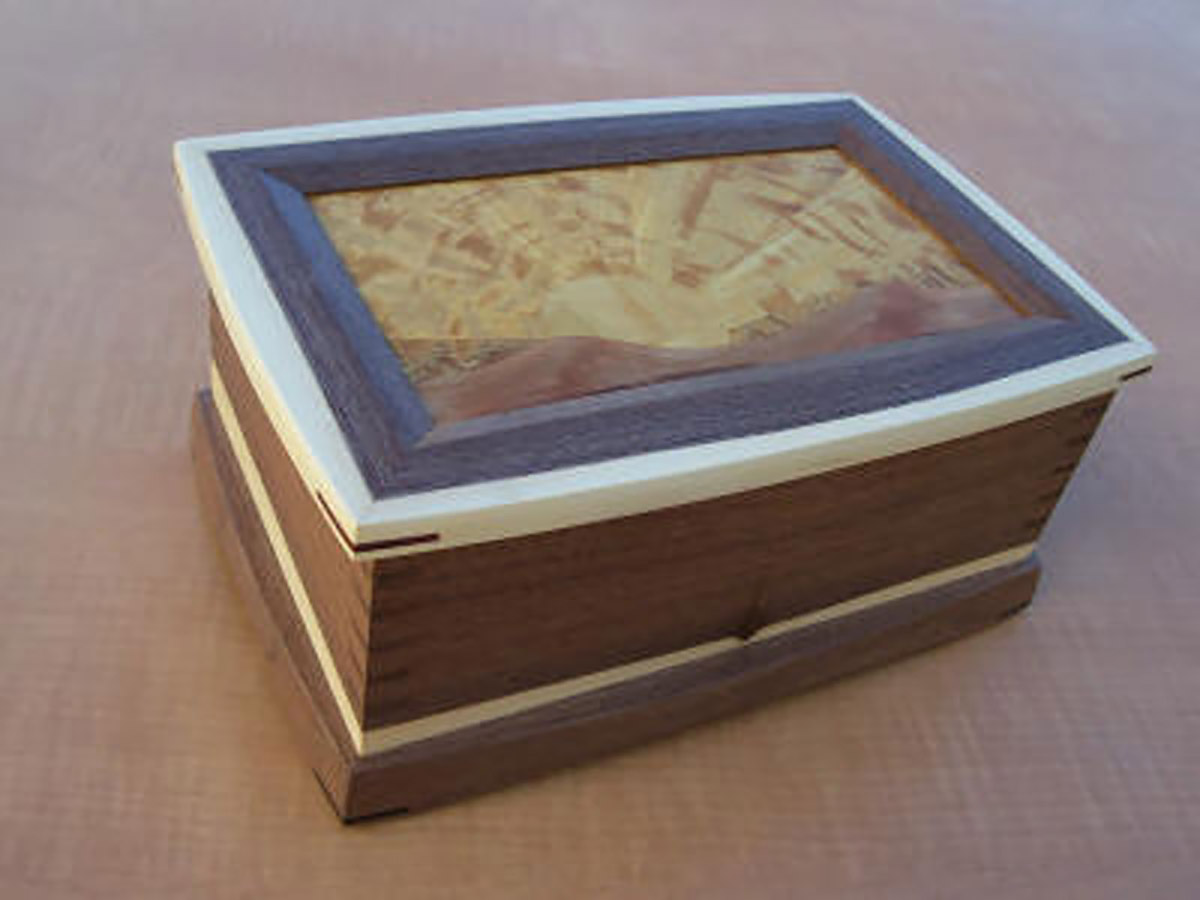 Soss brand hinges were used for a clean and unobtrusive look.

All exotic species are purchased from well known suppliers who pride themselves in obtaining wood that is harvested from sustained forests.  All species of wood used are completely natural in color.  No dyes or stains were used.  Four coats of tung oil and a urethane mixture was used to help protect the wood.  It is important to remember to keep “Shine” away from direct sunlight.  Clean periodically with a soft and slightly moistened cloth (with water), followed with a clean, soft and dry towel.