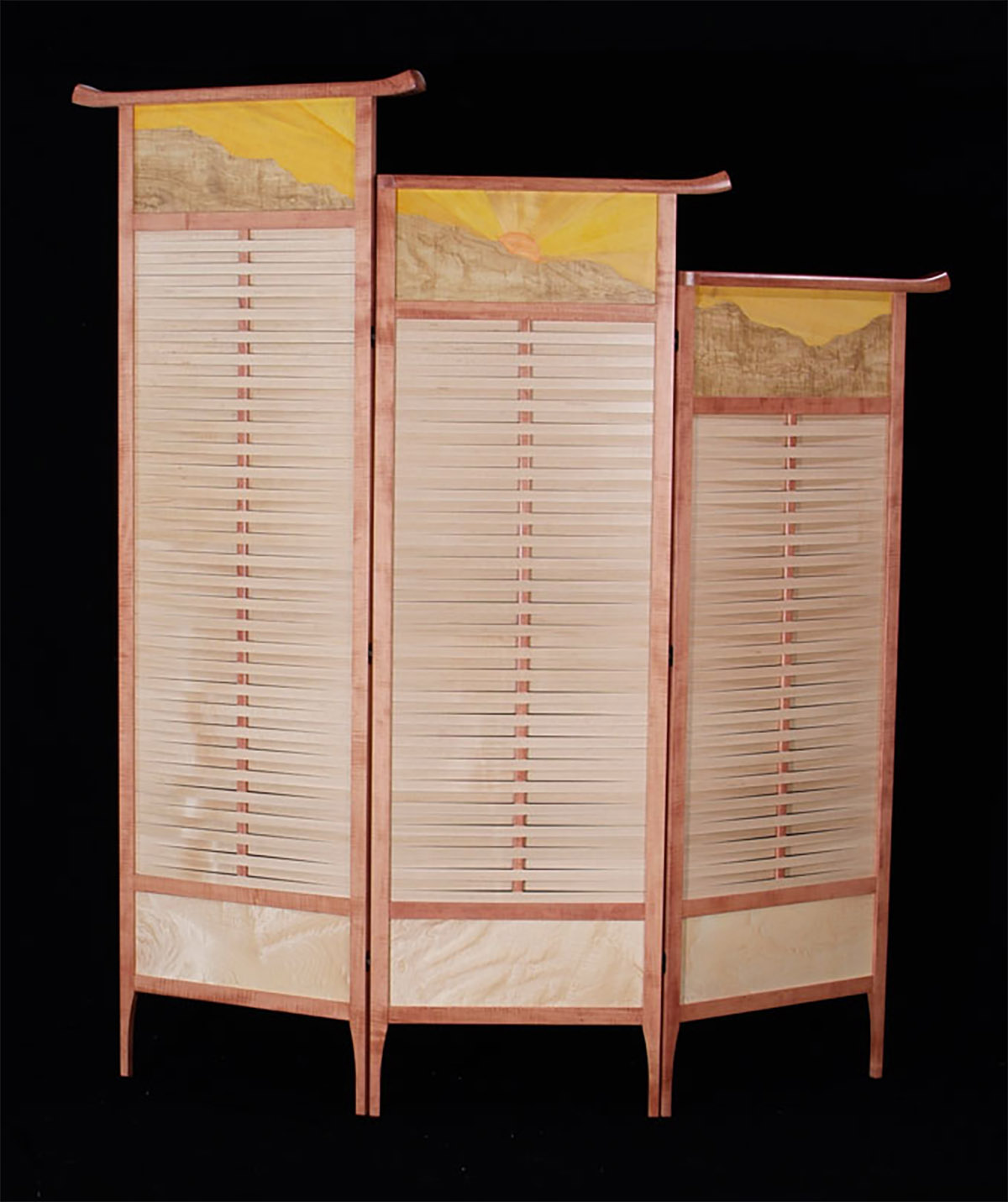 This shoji screen came to life utilizing about 16 board feet of a bunch of maple that I still had from a previous project recently completed for a client.  She had harvested this maple herself and wanted only a small table in return. After careful layout of this shoji screen I began by cutting veneers to 5/64” using a band saw and then sanding to 1/16” thick with a drum sander.  These veneers were then cut to make the “pictures” with the use of four templates and a router with an inlay kit installed.  The sunrise and rolling hills were stained with an oil based stain that was tinted with color pigment.  The panels were made of three layers (two horizontal and one vertical) of veneer that were laid up in a vacuum bag.  To further stretch the maximum lumber requirements, slats were used which also helped to create a privacy feel.  The joinery was then cut with the aid of a jig and router.  A total of sixty four mortises (including the mortises for the six hinges) were made using this floating tenon method.  The tenons were made using long lengths of maple sized to fit the mortises and then cut to length.  Dadoes were then cut in the railes and stiles to accommodate the slats and the six panels.  After scraping and sanding all components to a smooth finish, two coats of stain was applied to all parts with the exception of the slats and bottom panels (top panels were already stained).      The entire project was sealed and lacquered with a semi-gloss sheen prior to assembly.  After assembly, all that was left was to do was to screw the hinges in place. 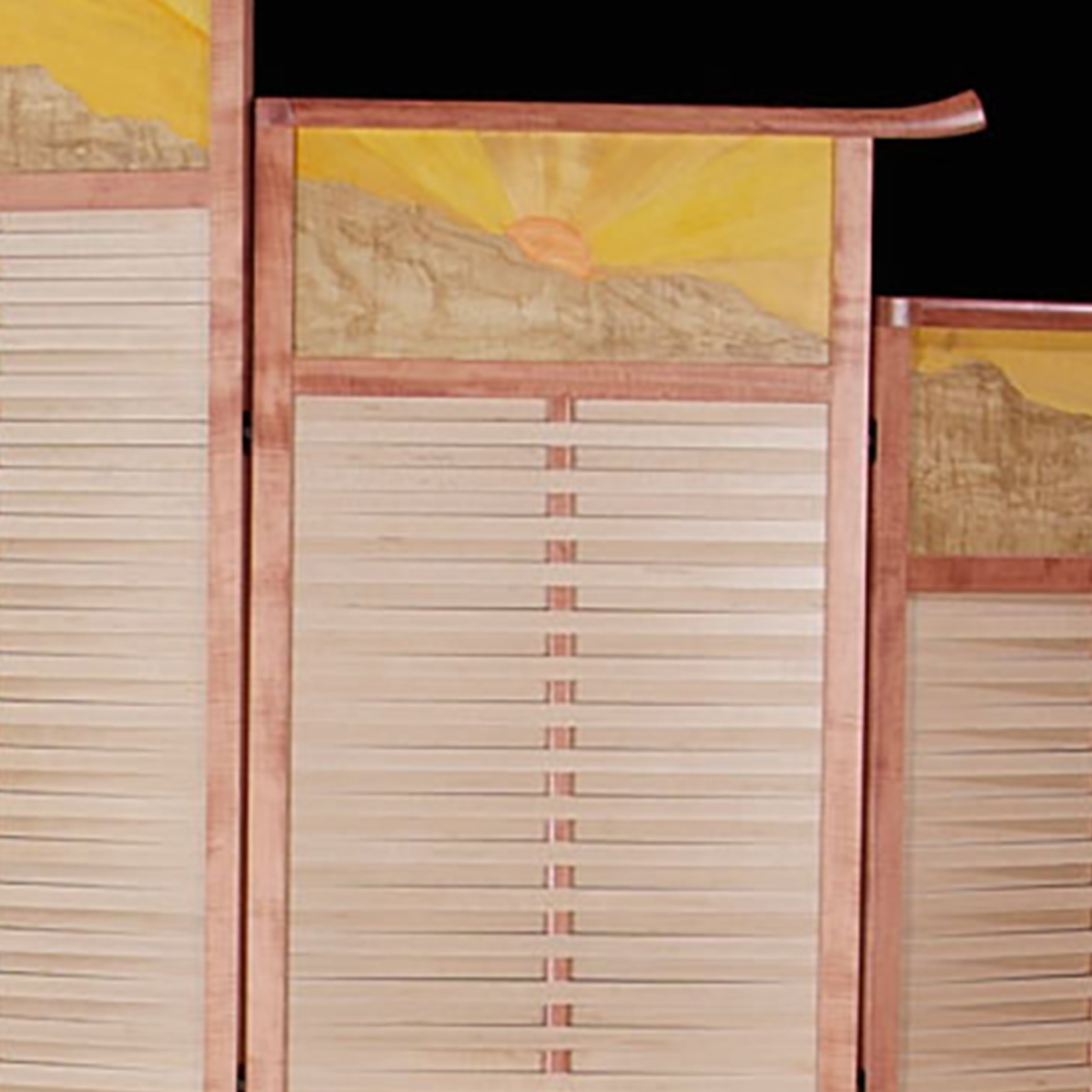