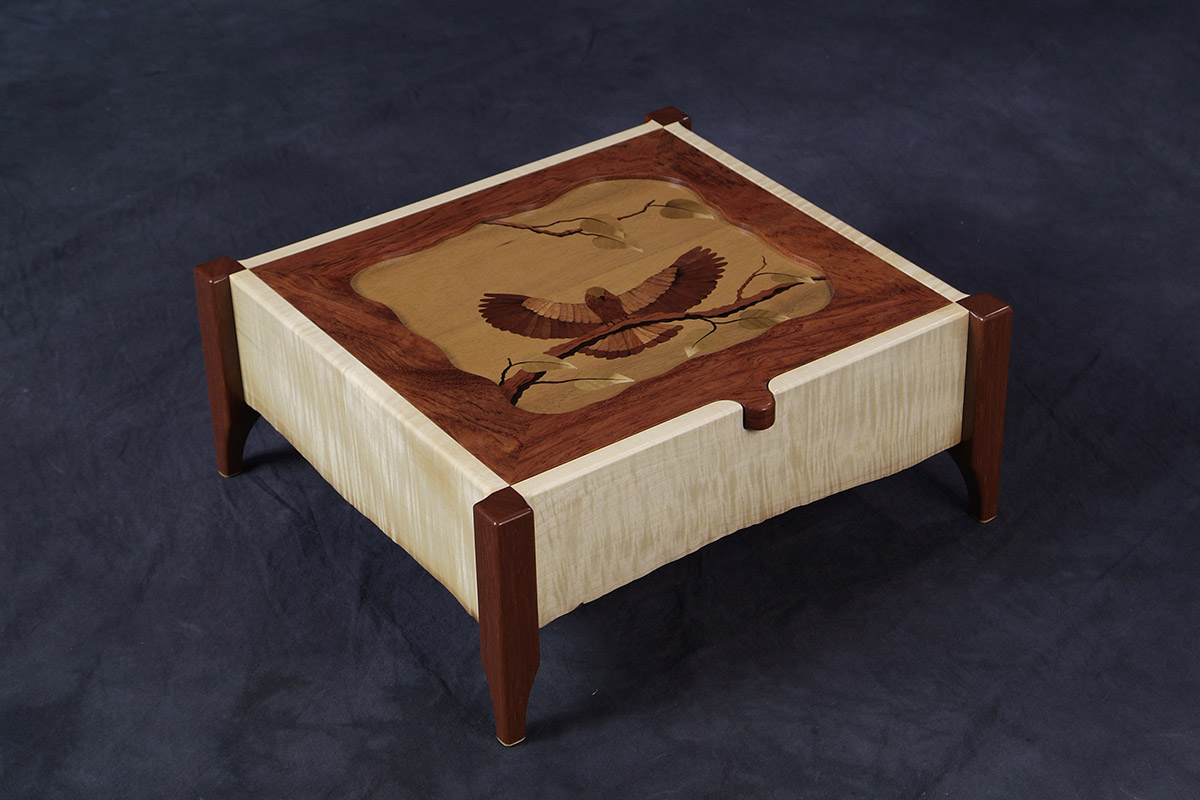 This 13”-15” bird known as an Indian Roller, originates from India, Berma, Southeast Asia, Tibet and China.  Indian Roller is striking in its strong direct flight, with its brilliant colored wings, contrasting with its brown back.

All species of wood are natural in color with an oil and urethane coat for protection.

Close-up of my first attempt at creating a "picture" with #marquetry….this is made utilizing the "double bevel technique". Hot sand is used to scorch the individual pieces before they're glued into place. This adds shading detail. #woodart #woodworking #passion #birds #leaves #feathers #flight #fretsaw #shopsawn #scrollsaw #excalibur #sandshading #hotsand